But it’s increasingly clear that transit offers something in addition: a very significant amount of employment.

When government puts money into transit, it generates jobs in a whole range of sectors. It gives work to bus drivers, subway operators and folks who keep vehicles sanitary (no small contribution during COVID-19).

Joanna Kyriazis, a senior policy adviser at the Clean Energy Canada think-tank, says transit funding also creates positions in sectors you might not think of.

Marco D’Angelo, president of the Canadian Urban Transit Association, adds: “There are jobs in contracts and finance. And the revolution in ticketing and rider apps will create high-techs jobs.”

Many of the vehicles are made in this country. As a 2019 CUTA policy paper reminds us, “Canada is a major producer and exporter of transit equipment, so a high proportion of transit investment remains in Canada and creates spinoff employment in manufacturing and related industries.” We make light rail vehicles in Ontario and buses in Quebec and Manitoba.

The federal government’s commitment to help municipalities acquire 5,000 zero-emission buses could be especially helpful. “The 5000 e-bus pledge will be a game-changer for workforce development in the transit sector,” D’Angelo says.

The sector is launching new, cutting-edge positions. The Toronto Transit Commission, for example, is seeking to hire its first chief of diversity and culture. The successful candidate will have a number of tasks, including attracting “a pluralistic, intersectional, and top performing workforce.”

These employees are eclectic but they’re also plentiful. Kyriazis says there are “over 100,000 Canadians already working in public transit, and this number will only grow. These jobs are in every community across the country.”

A 2019 report by Navius Research estimates Canada has the equivalent of more than 121,000 full-time transit jobs. One company alone, the bus manufacturer New Flyer, has a Canadian staff of 1,300. More than 20,000 direct and indirect jobs will be generated by construction of Calgary’s Green Line LRT.

An April 2020 report from the World Resources Institute found “spending on public transportation creates 31 per cent more jobs per dollar spent than spending on new roads.”

But to put transit authorities like the TTC in Toronto or TransLink in Vancouver on stable footing, Ottawa needs to make funding permanent. Such a move is wholly reasonable. Indeed, the government made this pledge in its mandate letter to the minister of infrastructure.

Only with ongoing federal support will local governments have the confidence to build long-term transit projects—including bus electrification and light rail—that reward us with marvellous environmental benefits while giving people throughout the country meaningful employment.

This op-ed was originally published in the Hill Times 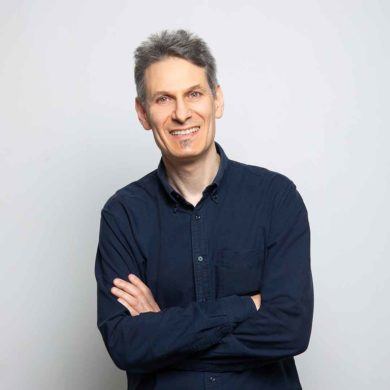