When B.C. first priced carbon pollution in 2008, its climate action policy was off to a promising start. However, the Climate Leadership Team recognized in 2015 that past policy inaction and lack of ambition meant it would be near impossible for the province to meet its 2020 emissions-reduction target of 33 per cent below 2007 levels. In fact, since 2010, B.C.’s emissions have started rising again.

Recognizing this reality, on May 7, 2018, the B.C. government introduced the Climate Change Accountability Act, which replaces the 2007 Greenhouse Gas Reduction Targets Act. This new legislation releases the government from the 2020 commitment but adds new targets for 2030 and 2040.

It’s regrettable that B.C. will miss and had to abandon the 2020 target, an outcome we can ill afford to repeat. The David Suzuki Foundation is therefore pleased that the legislation includes new targets for 2030 and 2040. This is consistent with what the B.C. Climate Solutions and Clean Growth Advisory Council recommended in its recent letter to the minister. (The Foundation has a seat on the council.)

Yet targets are only useful if they drive action and if government is held accountable.

Now, to meet the 2030 and 2040 targets, the provincial government will need an effective and ambitious climate strategy that maps out measures, policies and investments across the economy. As new policies are developed, they should be evaluated against the new targets.

Unfortunately, the new act does not include robust accountability measures to ensure we are on track to meet the targets.

Government can and should act quickly on a couple of priority items to address B.C.’s big carbon pollution challenges, such as regulating and applying the carbon tax to methane emissions from the oil and gas sector, and putting in place a zero-emission vehicle standard like Quebec has to accelerate the transition to electric vehicles.

If the province’s 2030 and 2040 targets are backed up with effective policies that roll out in a timely manner, squeezing carbon pollution out of the economy will create sizeable economic opportunities for clean tech and renewable energy, and for the construction industry, as energy efficiency in buildings is improved — among other benefits. These targets also provide a compass for the province’s energy roadmap and economic development strategy, which will help inform smart policy decisions and ensure all sectors are doing their fair share to meet climate goals.

B.C. already has a low carbon electricity grid, so we are well-positioned to take aggressive action to reduce our emissions by electrifying transportation, heat for buildings and industrial processes.

Just as goalies can’t shift goalposts in tougher-than-expected games, governments have to take their targets seriously. Ultimately, nature reacts to the level of greenhouse gases in the atmosphere. When we as a society underachieve on reducing emissions, we are signing on for a more extreme climate and robbing our children of opportunity.

The technology is available now to reduce emissions cost-effectively and in a manner that improves well-being and creates jobs. There is no excuse for half-hearted measures or new legislation that lets governments off the hook for previous commitments. 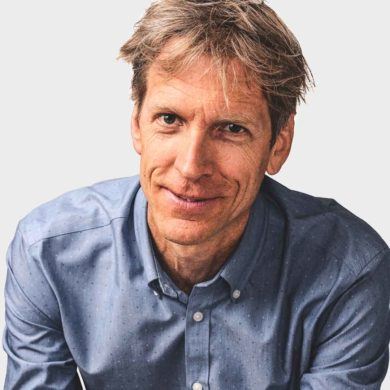