Bitcoin and similar cryptocurrencies offer a window into how a form of money is created and how it acquires value. (Photo: Pierre Borthiry via Unsplash)

Have you ever wondered how the loonie in your pocket or the numbers in your bank account acquire their value?

The source of the mysterious power that imbues our money with purchasing value lies at the heart of some of the biggest pushback against addressing social and environmental ills and crises. Eliminating poverty, stabilizing climate and ensuring justice and equity for all are just some measures and ideas that face resistance because they would “cost too much.”

Why does money end up having a “value” that is deemed superior to even basic tangibles that support our lives?

Bitcoin and similar cryptocurrencies offer a window into how a form of money is created and how it acquires value. From an economics perspective, the most fascinating aspect of a unit like bitcoin is that it has no actual ties to the real economy.

Bitcoin and similar cryptocurrencies offer a window into how a form of money is created and how it acquires value.

It all comes down to how a bitcoin is created, which is truly a simple act of a virtual hamster wheel. All it takes is a computer programmed to solve digital puzzles over time in a process called “mining.” Miners discover and make bitcoins available to buy and sell.

In other words, the digital hamster runs in its wheel until an algorithm decides it has run enough for a reward: a calculated number of bitcoins. That means the more computing power you have, the more hamsters you can have running in wheels, generating more treats. But those virtual hamsters require a lot of electricity to keep going. In other words, to create something virtual, our shared climate pays the price.

If the first digital hamster created the first bitcoin, how did it become worth something in the real world?

Looking at diamonds illustrates how fake value can be created. First, some myth-busting. Diamonds are not rare, nor are they “forever.” They’re slowly (very slowly) decomposing. But they’re highly valued.

According to neoclassical economic theory, to create an illusion of value you create a market demand and then hold back supply. That’s how in the late 1800s some wealthy men used creative advertising to convince European women that diamonds were rare gifts and represented a man’s true love. And can you really put a price tag on love?

According to neoclassical economic theory, to create an illusion of value you create a market demand and then hold back supply.

That first bitcoin had no value. It was essentially used as a proof of concept for the underlying blockchain technology being developed in the late 2000s. Its first real-world transaction was an exchange of 10,000 bitcoins for two pizzas in 2008. Today, even though nothing about its creation has fundamentally changed, those pizza-purchasing bitcoins would be valued at $750 million.

As with the artificial creation of diamonds’ value, the steps for ascribing real-world value to bitcoin came from that first social agreement that you could buy a pizza with it, and then ensuring its creation process was held back through artificial scarcity.

At its core, Bitcoin has many characteristics of a pyramid scheme, an approach that involves recruiting an ever-increasing number of “investors,” which leads to a few accumulating the bulk of the construct’s value.

The blunt way bitcoin has been given “value” over time can help us understand how our loonies acquire theirs.

In nature, value is real, intrinsic and non-negotiable. Breathable air, drinkable water and fertile soils are all forms of “money” that flow through an interdependent web of reciprocity.

Dollars, known as “fiat currencies,” really only have value because the vast majority of people believe they do. Unfortunately, that belief is all too easily co-opted by the few who have been able to acquire and concentrate them. For their worth to keep increasing, it is vital that governments refrain from allowing too much new public money to appear. Artificial scarcity combined with linear money flows is a requirement for billionaires to exist.

In nature, value is real, intrinsic and non-negotiable. Breathable air, drinkable water and fertile soils are all forms of “money” that flow through an interdependent web of reciprocity. To paraphrase Nobel laureate Joseph Stiglitz, social ills like poverty are all a choice; we choose to allow the value and status of money to be above the suffering of someone else.

In a climate-unfriendly world with social ills that some tell us would cost too much to resolve, we can see how money is used to perpetuate old dogmas and systems, and increasingly manipulated by inappropriate and unnecessary power structures.

Money can be made to value what we value collectively. It’s time we valued what actually matters.

This op-ed was originally published in Canada’s National Observer Rest is good, but resolving global crises means not looking away 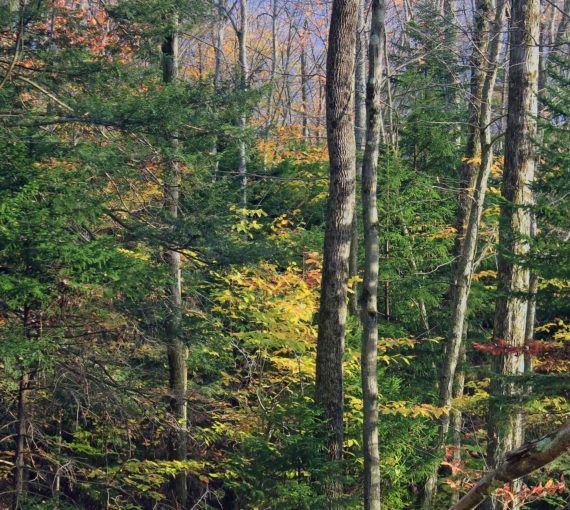