Policy-makers, utilities and communities throughout Canada need to align to a common goal in which the benefits are clear to all.

Canada starts its journey to a clean electricity system from a place of optimism. The federal government has committed to achieving zero-emissions electricity by 2035, in clear alignment with global peers like the United States, the United Kingdom, and the European Union. The advanced technological readiness of renewable electricity and energy storage and the fact that wind and solar are now the cheapest forms of electricity in history give us hope that this transformation will be possible in Canada over the next 12 years.

The federal government is already well underway in developing clean electricity regulations that will set rules, targets, and standards to achieve the 2035 goal. As is too often the case in Canada, however, the fossil fuel industry has been lobbying government for a suite of extensions, exemptions, and loopholes that threaten the effectiveness of the regulations. With the government aiming for “net-zero” rather than zero emissions, many fossil fuel proponents are taking advantage of the “net.”

The regulations face three major risks that need to be addressed to ensure policy stringency and effectiveness.

First, they must actually achieve a zero-emissions electricity grid by 2035.

As the proposed framework notes, the exemptions, extensions, and loopholes could leave carbon-emitting generation on the grid well into the 2040s and beyond. The primary extension that natural gas proponents want to see applied to existing facilities is what’s called an “end of prescribed life” designation that would delay application of the net-zero standard for a number of years after the plant is built. It’s important, instead, to apply the zero-emissions standard to all generation in 2035—or it won’t be a zero-emissions grid.

Second, these regulations must succeed in avoiding new fossil fuel generation being commissioned.

Third, interim measures are needed to provide clear signals to utilities, and to mitigate the risks of non-compliance between now and 2035.

As written, the clean electricity regulations will apply no new emissions standards to electricity generation for the next 12 years. A phase-in of interim measures and compliance plans should be applied to mitigate compliance risk and allow utilities and regulators to plan ahead as fossil fuel generation drops offline.

Like most aspects of tackling the climate crisis, time is not on our side. It’s important to get the balance right on robust policies, and it’s just as important to get things done quickly. Ideally, the regulation will be finalized before the end of 2023 so the new rules can be brought into effect in time for the needed planning to occur.

Ideally, the regulation will be finalized before the end of 2023 so the new rules can be brought into effect in time for the needed planning to occur.

It’s already been more than a year since Canada made the public commitment to achieve a zero-emissions electricity system by 2035. In the time since—and in the absence of clear regulations—various utilities and provincial governments seem to have ignored the federal government’s stated commitment. In October 2022, the IESO in Ontario released plans to procure 1,500 MW of new natural gas capacity between 2025 and 2027. This month, Nova Scotia released a climate plan that only aims to achieve a 90 per cent reduction in emissions in the electricity sector by 2035.

This is why policy clarity and stringent, effective regulations matter. Policy-makers, utilities and communities throughout Canada need to align to a common goal in which the benefits are clear to all.

Canada has an unprecedented opportunity to build an affordable, resilient, zero-emissions electricity system that plays a foundational role in delivering emissions reductions and benefits across sectors and communities. Pathways that focus on renewables, efficiency, energy storage and new connections between provinces can bring clear health benefits, tens of thousands of jobs annually and the opportunity for community groups, municipalities, co-ops and Indigenous nations to benefit directly from renewable electricity projects. Let’s not waste time with dead-end pathways. Let’s get to work collaborating on a clear vision for a clean electricity. 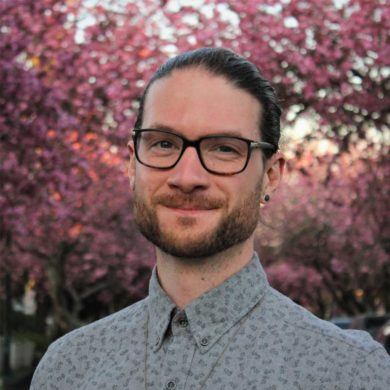