I am honored to be an immigrant to Haida Gwaii. My blood comes from England and Japan. My family came to visit Haida Gwaii when I was a child, and made lifelong friends who became family. I was ceremonially adopted into the Wolf Raven clan of Tanu as a youth by Chee Xial Miles Richardson Sr., and eventually married Gudt’aawt’is Judson Brown of the Ts’aahl Eagle clan. My name is Kihlgula Gaay.ya.

When I moved permanently to the village of Skidegate fourteen years ago, I joined my husband in his quest to learn his heritage language of Xaayda kil, the Skidegate dialect of the Haida language. At 72, his mother Dr. GwaaGanad Diane Brown is the youngest speaker of Xaayda kil, but like other Haida his age G̱udt’aawt’is was not brought up speaking the language. He started learning Xaayda kil as an adult, attending the Skidegate Haida Immersion Program (SHIP) from its inception in 1998. SHIP is a program of fluent speakers, now elders, who have been coming together since then, each day, from 9am to 3pm to record Xaayda kil for future generations.  They have produced an incredible body of work for future generations studying Xaayda kil.   Along with several others, G̱udt’aawt’is and I have been working to become New Speakers of Xaayda kil so that our children might be able to grow up with the language. It has become a life cause, and for the past decade I have been using all my abilities towards this aim.

The longer I live here, the more I realize that fighting for the language is fighting for a worldview that respects the Earth in a profound way.

One of my interests in learning Xaayda kil is that of an environmentalist. Today humanity stands at a defining moment, as we find ourselves in the midst of a mass extinction event, due to our mismanagement of the natural world. The longer I live here, the more I realize that fighting for the language is fighting for a worldview that respects the Earth in a profound way. Indigenous languages are a portal to a relationship with Earth.

With the leadership of several amazing women, including my jiiGuu naadaay mother-in-law Dr. GwaaGanad, I am proud of co-creating language courses for the UNBC university teaching program, of establishing a Language Nest and a Mentor Apprentice Program, as well as of my own language learning. It is important for the people of Haida Gwaii and also for all humanity, as the teachings of respect, reciprocity and relationship with the land are embedded in the language and in the teachings that GwaaGanad and other Elders share with us.

Needing more skills, I decided to pursue a doctorate for this cause, and am currently finishing my year of PhD research in Linguistic Anthropology at the University of British Columbia. The core of my current research focuses on language revitalization within our family. I was so excited to tackle the language work within my family as my singular focus, for a whole year. GwaaGanad has been my main mentor throughout this degree, and until COVID I was spending two hours a day with her working on Xaayda kil.  Also part of the methodology of my family research was to spend four hours a day speaking Xaayda kil with my children and Gudt’aawt’is. I started in June last year, and we made great progress through the summer. It was interesting to see how our minds relaxed into the language by the end of hour two each day.

When September came, however, the children went to school, I was busy working on different projects, and suddenly it was almost impossible to achieve four hours speaking Haida. It seemed as if we didn’t have enough time to do the work: if it wasn’t school, we were busy with community events or traveling to Vancouver to visit my parents… We were busy. English was necessary to get through work, homework, and social interactions. After winter break, halfway through the project, I was disappointed with our lack of time in the language. I was worried; if we didn’t have time to focus on the language with the kids when they were eight and ten years old, would we ever?

Shortly thereafter, everything changed. In winter 2020, the world awoke to a global disease, the novel coronavirus. Outbreaks became an epidemic, and that turned into a global pandemic in March. With a history 14,000 years long, the Haida memory of epidemics that swept through the archipelago in the 1800s, wiping out over 98% of the people, is still very close. The will to protect precious Elders was strong. Haida Leadership announced a State of Emergency, and all flights to the Islands were canceled. When this State of Emergency was declared, it was spring break, and my children and I were visiting my parents in Southern British Columbia. We caught the last flight back to Haida Gwaii. My husband picked us up at the airport with masks for us to wear. He did not give us hugs, and he did not stay in our home with us. Suddenly, we were home, and grounded. So began our two-week quarantine.

There was nowhere to turn but inward, and we turned to the language.

At first I was binging on news through devices – news sites, TV, social media. I consistently found myself reading online at two in the morning. But I soon reached a media maximum. I turned off the radio and the TV. There was no visiting anyone or going to community events. There was no school. There was nowhere to turn but inward, and we turned to the language. There was no reason or excuse why we couldn’t use Xaayda kil all the time. We pulled out all our board games for easy access. We turned on the audio player and listened to Haida songs and sang along. We turned the living room into an art zone with a hot glue gun, cedar bark, buttons and crayons. We did everything together, and we did it all in Haida.

I’m in contact with other language activists in our community and I see that others have also turned inward, deepening their language work in their homes. Because we can’t go out to do our language work, we have turned our homes into language houses, with walls covered in sticky notes and papers in our language. We have kitchen offices to keep the language close to daily life, with books, audio recordings, and endless scraps of paper. One of the fluent Xaayda kil Elders, Dr. Jiixa Gladys Vandal, keeps her CD player, iPad, and SHIP books on a kitchen desk all ready to go at any time. She says she talks to herself in Haida daily, because she misses it so much. New speaker Daall Jaad Melody Gravelle has made her home a Xaayda kil home, with language everywhere and photos of those who inspire her to speak Xaayda kil. Dr. GwaaG̱anad has her books and iPhone set up on her dining table so that she can hold daily lessons with her language learners.

Since that time our little family has turned the radio (and TV!) back on for contact and connection. But our time in quarantine and isolation was instructive. That time was sacred. We will return to that time for direction because now we know what is possible. And we have been changed by that time. My children now sometimes speak Xaayda kil together while they are playing and they have a collection of Haida-centric toys and games that we created; their playtime is infused with culture and language. They sing Haida songs all the time, and whenever they see a bird, frog, or fish, they speak aloud directly to them in Xaayda kil. My husband and I have lunch together and speak only Xaayda kil. These are changes from the time before. The language nest of our home has developed more fully because of our isolation, and we will continue our commitment to removing English for certain time periods and in certain rooms.

Many are sacrificing today: it has been awful not to go to someone’s house when a loved one has passed away, and not to visit Elders living in the hospital. Many sacrificed in the past – it is profoundly humbling to think of the Haida who survived over the past two hundred and fifty years for their children to live here on Haida Gwaii today. And despite all the odds they carried the Haida language forward to the present for us: the language holds strength and resilience within it. We owe it to all of those who have sacrificed, to find the teachings within these challenges. And we owe it to our precious Elders who have maintained the language for us this long, to speak the language. To keep it aloud. I am grateful for our language Quarantine. It has shown us that, while there is still uncertainty all around us, in Xaayda kil we can find stability, comfort, and ceremony. 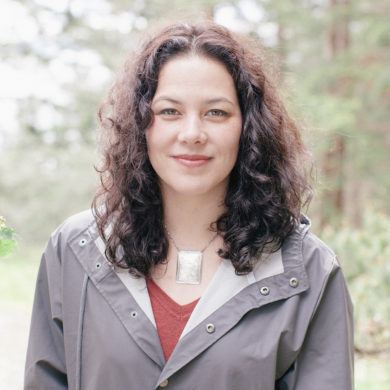